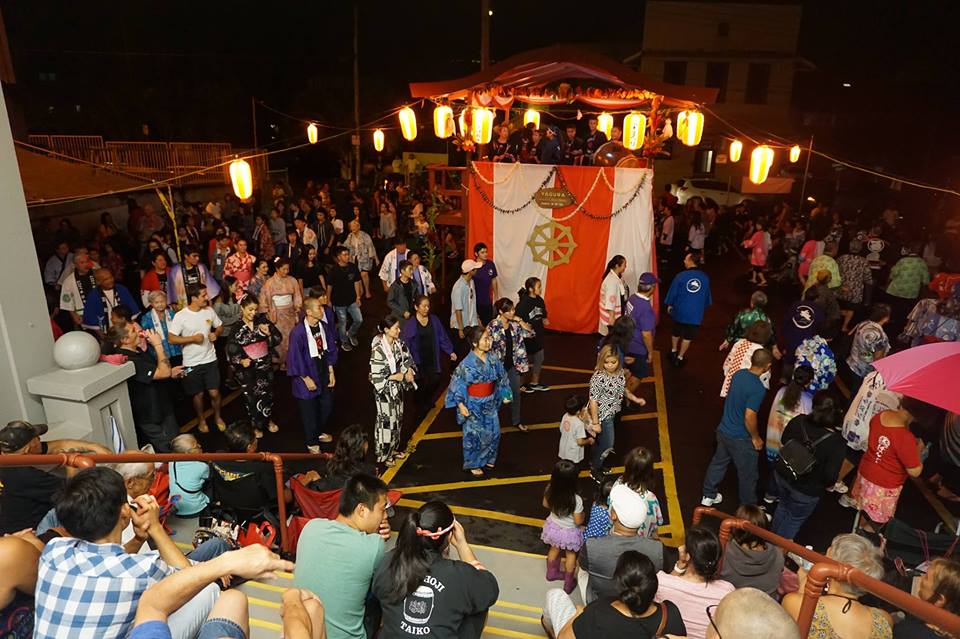 Have you ever been to a Bon dance or do you know what a Bon dance is? Bon dance is a Japanese religious event to greet the spirits of ancestors which come back to this world. Anyone can participate in a Bon dance.
People set up one building in the center of the temple and dance to music while turning around the building. The songs which are used in a Bon dance basically
need one singer and Japanese drum. Bon dance is not only famous in Japan. It is very famous in Hawaii.
Long time ago, many Japanese people immigrated to Hawaii, and then they brought Bon dance as Japanese culture. Many people go to Bon dance every weekend in the summer. There are some differences of Bon dance between Japan and Hawaii; for example, music and population.

The first difference of Bon dance is music. In Japan, a lot of songs which are used in Bon dance are slow. Many generations of
people can dance to the slow tempo of these songs. Some places use Japanese folk songs which young people do not know..
However, in Hawaii people use many songs like Japanese folk songs, pop music, rock music, and Japanese and Korean pop music. Elderly people can also dance to these songs. There are some songs which are danced to by only young people.

In conclusion, Japanese Bon dances and Hawaiian Bon are different. If you have an opportunity to go to a Bon dance in Hawaii, you can find
these differences of music and population, and you will realize that local people in Hawaii value Bon dance as a part of their
culture. On the weekend, Bon dance is also held in the Big Island. If you are interested in it, you should go.